I think it's informative to look to the current gun debate to understand the nature of discourse in our society.  And when I say "debate" of course, I mean "argument".  We don't really debate things in this country any more.

I ran across this image which I think summarizes an ultimate position of gun rights "advocates": 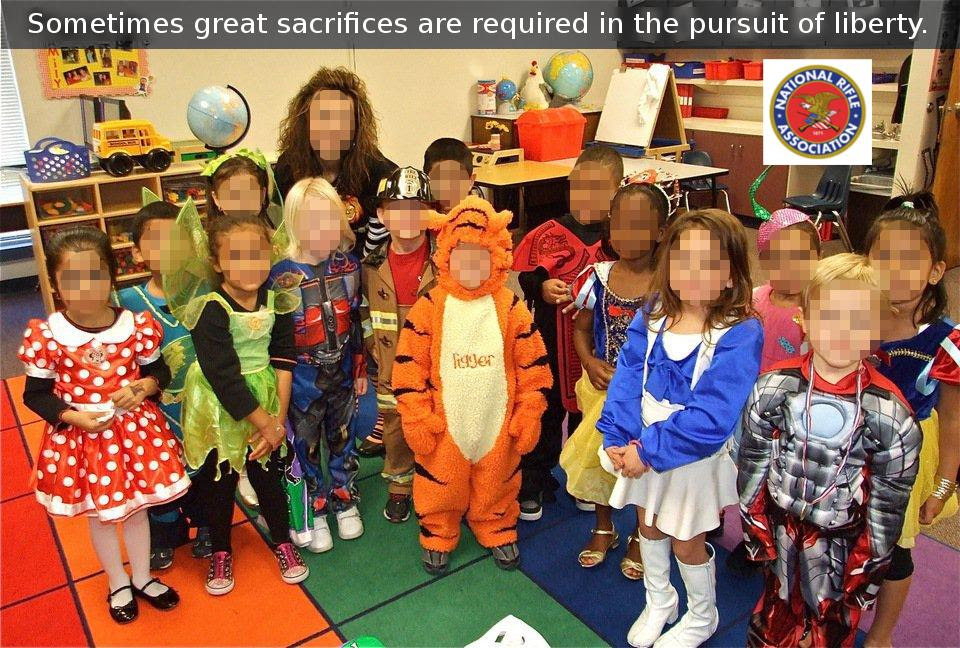 Pretty brutal.  Also, true, if you are an extreme gun rights "advocate".  I put quotes around "advocate" because I don't think people uttering dark threats are advocates.  But anyway.

If you believe that no changes are required in our gun laws, then you are, by definition, advocating the occasional slaughter of large numbers of children.  I'm not saying that from an incendiary standpoint--it's just a fact.  You are saying there is no change required, nothing is wrong with our current system

You may even be right.

Personally, I don't think guns are going to really help you, there.  But what I'm saying is that people should take honest positions on important issues.

It is a similar (though less emotional) situation with copyright.  If you fundamentally believe that creators have some sort of natural right to control what is done with their work, then you are ipso facto advocating an internet censorship regime to control this.