I dread the thought of ever having to use one.  That being said, I hope that if I need one I have one.

Needless to day, I am not an extremist.  I am in favor of doing something, rather than nothing, to reduce gun violence.

"Assualt weapons" are almost kinda a fictitious idea.  The actual capabilities of this: 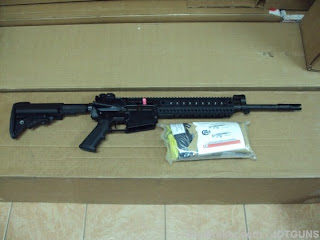 are really quite similar to this: 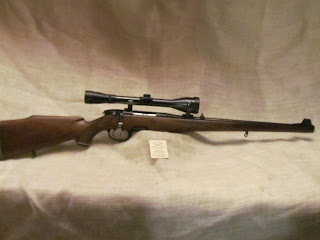 However the first is an "assault rifle" and the second is a "hunting rifle".

That being said--is there really no difference?

As Steve Jobs taught us, design matters.  The hunting rifle can certainly be used to kill people.  But the first one is designed specifically to kill people.

I think when guns like that get into the hands of lunatics and fools it kinda sends a message that "you are not misusing this weapon if you kill a bunch of people with it, because that's what it's for."  Sure, you can take a hunting rifle and go do that, but all along you've got an awareness that you're "doing it wrong".

I'm not actually suggesting banning all these guns, but at least let's be honest about their purpose.  One of the chief themes of this blog is, in fact, honesty.  So I think we should be.
Posted by Lee Latham at 7:00 PM